Skip to Content
Connect with The Community
Home P.O.W.E.R Uncategorized The 800lb Guerilla Every Entrepreneur Has To Deal With

Sitting on the side of a country road, 1 o’clock in the morning, I took the suggestion of an Uber rider and watched a video that shocked me to no end.

It shocked me into finally starting my blog …

By now, I’m sure you have seen the viral video of Uber CEO Travis getting into a heated discussion with a driver about cutting rates. Travis’ answer was totally unexpected. More importantly, what his answer revealed made the relaxed gadgets in my head start turning again …

Wait, if you haven’t seen the video, watch it first!Did you hear him say that Uber needed to stay competitive and would go out of business if he didn’t slash the rates? I’m still hopeful I heard him completely wrong. Nevertheless, there is a serious lesson to learn here that extends beyond his words.

Off the bat there is a brand confidence issue at work, but let’s dig slightly deeper to the real issue.

How is it that the CEO of the #1 rideshare company in the world isn’t confident enough in his own brand and its ability to continue to dominate the marketplace?

Despite issues, mostly because of Travis, the Uber brand continues to hold its own in Androids and iPhones around the world.

So what’s the real issue? Glad you asked!It’s the 800lb guerrilla in the room his circle doesn’t want to deal with and the majority can’t see. The real issue is one every entrepreneur on the planet has to deal with at different intervals because it never actually goes away. It causes us to focus on areas of our lives or success that mask what we deal with deep down on the inside. But no matter our ability to mask it, it will always shine through and effect whatever success we manage to attain despite its existence.

At the core of everything, is the entrepreneur’s #1 foe: fear. That’s right, the guerrilla has a name and it is Fear.

Take a look at the video again and notice not only the Uber Exec’s words, but the body language and distress in his voice. For days it bothered me, thinking about how many of us powerful brand builders are out there in the same position as Travis. I mean, we build, people respect us, and everything in our world seems copacetic. We are pressing our way to destiny despite our internal conflicts, but Travis proves we will have to deal with fear one day because if we don’t it will effect the choices we make.

Every new adventure has a different type of fear, questioning, or doubt attached to it.

They say if we are confident in our brand, the walk looks like this…

I don’t want you to be me 8 years ago, lacking confidence in myself and my abilities and not taking proper steps to live in the deep instead of wading in the shallow water. I was making decisions based on other people ‘beating’ me and trying to prove I had the ability to do x, y, and z. Truth was, I had no confidence, was intimidated by the success of others and it had me rearranging my camouflage spots left and right. Truth is, I was just as scared as hell was when Jesus opened their front door and took the keys!

I don’t want your lack of confidence in your potential to spill over into your brand, then you explode to Uber levels, and have viral videos putting your low self-esteem on display. Trust me, it will happen. We can find pockets and lockers and mattresses to hide our lack of personal confidence, but eventually, success will squeeze it out. Your business is a direct reflection of who you are and how you feel about yourself. Even the hidden ‘dealt with’ … ‘fake it ’til you make it’ items will surface eventually.

Mr. Travis didn’t slash those rates because he wanted to remain competitive, the only person he should be competing against is who he was the week before. Travis is scared to lose everything, which is normal, but not when it causes you to backtrack instead of moving forward. We all have reservations about the outcome of what we have stepped out of the boat to accomplish. In my opinion, that is normal.

The entrepreneur’s fear doesn’t stop them, but it influences their decisions on a subconscious level. Truth …

Listen, as a small business owner for almost 10 years, I’m telling you, everyday has its own dose of fear attached to it. We are constantly jumping out of planes and building them on the way down with no directions or parachute if we fail; there’s only ONE plan.

Now you know to expect it, prepare for it. Prepare your mind, heart and spirit to stand in the face of it.

I want you to get up right now … yes YOU, NOW get up! Find a mirror and tell yourself, “I am enough.” Say it again, this time with power and belief. “I am enough”… say it everyday until it sinks in. For every new challenge, stand in the mirror, stare yourself in the eye and said, “I’ve got this because I am enough.”

Don’t allow fear to cause you to discount yourself or what you have built.

How do you deal with fear AND never lose?

STOP PRETENDING  it isn’t there.

TAKE CALCULATED ACTION to keep it under your feet!

The way I see it, you have two choices:

Let it back you into a corner and dig a tunnel to escape it.

Roll up your sleeves and fight back!

Ms. Shaquanda, the Self-Coach, is not just a dedicated business woman. She also has a passion to teach the word of God in a way that empowers, restores, and develops people, thus transforming their lives. She uses her personal struggles and the lessons learned to train and motivate others to live their dreams, one vision at a time. She lives by the saying, "The Real You is Better Than The Fake Somebody Else" ~Lauryn Hill 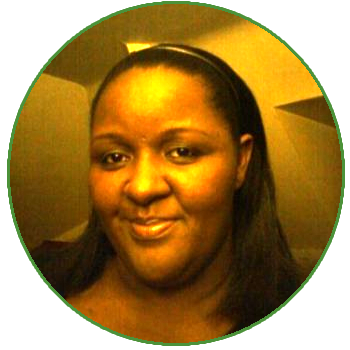 Ms Shaquanda is an entrepreneur, author and leadership coach. Her vision is seeing the vision for your life come to fruition!